Thank you to Huffington Post for publishing my story about Sienna getting pressured about her body and marriage on Halloween when kids should just be having fun dressing up and getting candy!

And on the heels of that, please check out this terrific post from Mike Reynolds of Puzzling Posts who also talks about body image issues, both male and female. 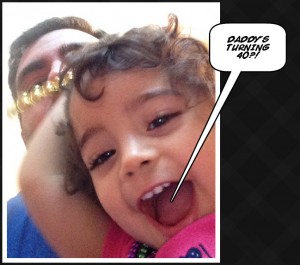 Despite feeling like I’m about 7 years old and still wanting to believe someone can protect me from whatever cruelties exist in the world, I’m turning 40 tomorrow. I planned to blog about how mortified I am about this; how I distinctly remember my father turning 40 and thinking, “Wow, he’s old!”; how deeply depressed I get even when my birthday doesn’t begin with a 4 and end with an 0; how I especially fear February 10, 2014 so much because Elaine won’t arrive home until 9 pm leaving me trying to fight the usual birthday darkness and hold myself together in front of Sienna all day long. But instead, while tossing and turning in bed last night, I decided to go the positive route and list 30 things (because 40 is supposedly the new 30) I never thought I’d experience had you asked me when I graduated college in 1996. So here goes:

2) I lost my virginity

3) I didn’t just get married, but I wed the most beautiful, caring (I could go on and on without running out of favorable adjectives) person on the planet 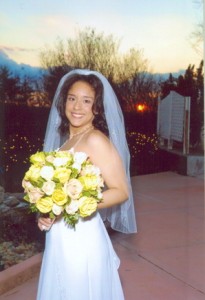 Elaine on our wedding day

5) On what was one of the most meaningful, near-paralyzing days of my life post-breakdown, I somehow stopped a full-on panic attack right before my wife’s c-section because she was shaking from the fears of being sliced open and becoming a mother which led me to… 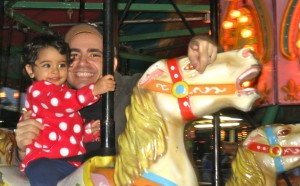 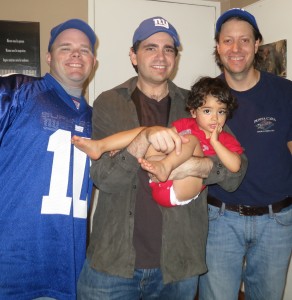 My best friends, Sienna and I this in November 2013

10) I had surgery to correct gynecomastia (male breast enlargement) which I suffered from between the ages of 11 and 29 and published a piece about it; I also had laser to remove my back hair leading me to…

12) I received a masters in Media Ecology from NYU

13) A professional actor performed a monologue I wrote

14) Despite extreme anxiety and several public meltdowns, I joined the NYC Dads Group where Lance Somerfield, Matt Schnieder, Jason Greene, Kevin McKeever, Larry Interrante, Danny Giardino and Christoper Persley among others would all cheer me on

16) I zip-lined through the jungles of Costa Rica

17) I not only saw the Yankees win a World Series, but I witnessed one of the greatest dynasties of all time (1996-2001) and attended a WS game 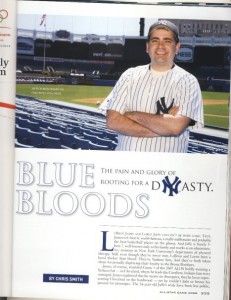 19) My best friend since I was 8 and I had made a pact when we were 12 or so that when our favorite ballplayers (me: Dave Winfield; he: Ozzie Smith) were inducted into the Hall of Fame, we’d head up to Cooperstown for the ceremonies. They were elected in consecutive years and our childhood promise came to fruition

20) I paraglided in Alaska 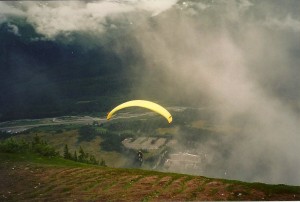 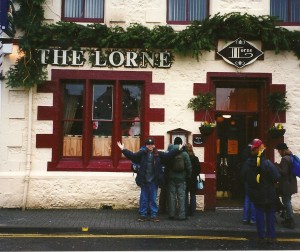 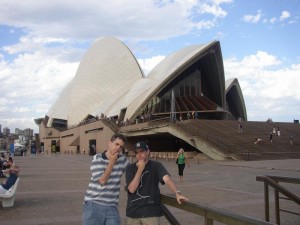 24) Two friends and I put on an impromptu puppet show on the Charles Bridge in Prague, Czech Republic and even received some money from tourists

25) I traveled all over Europe, Central America, the Caribbean and North America

27) Despite my trepidation, I joined a movie club and met some wonderful friends

28) Doug French, co-founder of Dad 2.0, invited me to read one of my blogs (titled “Do I Really Like What I Like“) at the 2014 summit in New Orleans at which I received not just a shocking standing ovation, but so many accolades that I’m still trying to process it 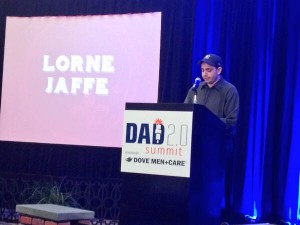 Speaking at Dad 2.0 in New Orleans

29) In the words of fellow dad blogger, Carter Gattis, I think I’ve found my tribe

The Good Men Project published a piece I wrote about the psychological effects of having gynecomastia (male breast enlargement) between the ages of 11 and 29 and then having to work through the condition’s repercussions during these last 10 years. The condition was a major contributor to my depression. This is the first original work I’ve ever sent in and had accepted and it feels…bizarre. To read it, please click here. 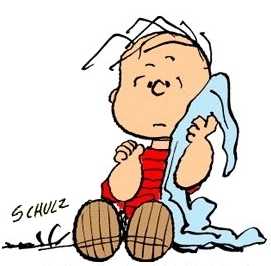 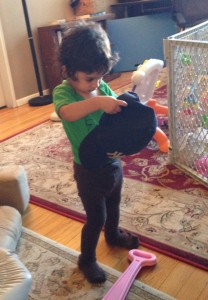