The other day I had to pull over to the side of the road because of a cloud formation. It was one of those days when it’s sunny, but filled with fluffy, almost tangible clouds. Cotton candy clouds. The type of soft white pillowy things that you can imagine angels use as seats on which to play their harps…if you believe in angels. I sat in my car, the air conditioner on full blast, the Google Maps woman telling me to continue straight for 3/4 of a mile, and stared at the clouds. And I realized I’d miss them if I were gone. Well, technically I’d be dead so I wouldn’t even think about them, but often when one imagines death and suicide – before the psychological break that leaves them completely hopeless – one thinks of reasons to stay alive be it loved ones, pets, whatever. So since I think about suicide often and I’ve been having an extremely hard time of late, I wanted to write about some things about life that I love. I’ve already promised I’d never go through with it, but it’s admittedly getting harder. I need to see my psychiatrist and tweak my meds or find some other way to stop my mind’s negative cycling. To prevent this from becoming a list about family and friends, I’m going to leave them out. Even Sienna. So here are 5 things I’d miss if I committed suicide:

1) The sky – I can’t say that I’m amazed by the sky every day, but there are times when its beauty leaves me flabbergasted. Puffy clouds that look like objects. Pink, orange, red, blue sunsets that might as well be matte paintings. A red sun. True sky blue. The full moon so close that you want to reach up, touch its dusty craters and put it in your pocket. The enormous blanket of stars that appears away from city lights. The lucky glimpse of a falling star that gives you butterflies. The zigzag of a lightning bolt. Angelic sunbeams. Rainbows. It’s all so beautiful that it can make me stop in my tracks. My brain keeps going, of course. My mind never stops trying to tear me down, but sometimes, sometimes I can fixate on the sky and recognize its majesty. 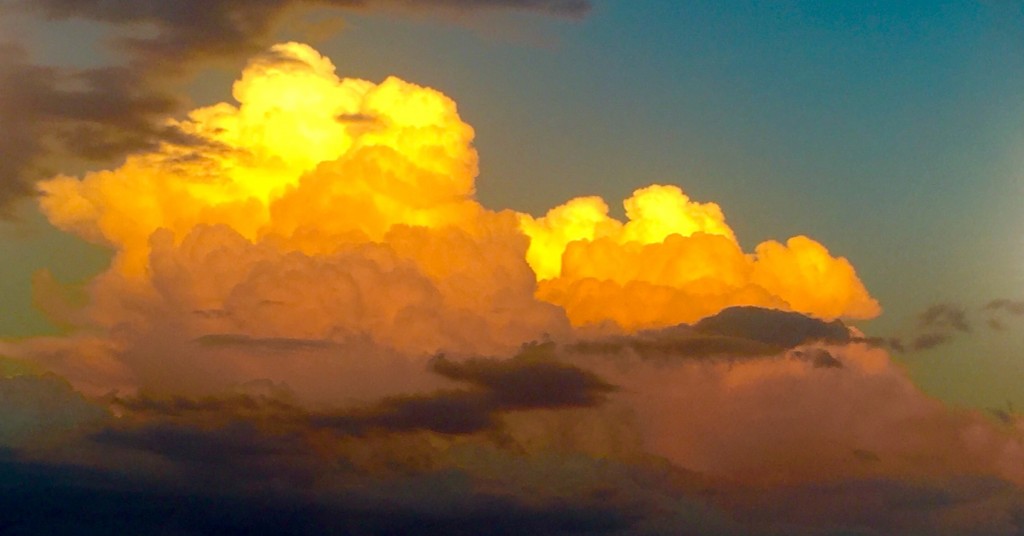 2) A cat’s purr – There is something about purring that I find soothing, like a vibrating pillow or a white noise machine. When I’m feeling extremely low, my cat’s purr can bring me out of it. He sits on my addled chest and purrs and I let the vibration resonate through my body until the chest tightness goes away. Or I use him like a pillow, his fur warm against my face, his purr echoing through my head. And my thoughts dissipate. There is nothing like the soft, unconditional purr of a cat.

3) Animals – I love animals. Almost all animals. Especially in the wild. In Australia I watched as parrots and cockatoos flew above my head and settled on telephone wires. The beauty of such creatures floors me. During a trip to Zion National Park in Utah, my wife and I decided to take a midnight stroll on an easy path. We wore flashlights on our heads and listened to deer crash through branches right next to us. And then we hit the jackpot…or I did. I just happened to bend my head at the perfect moment and captured a tarantula that had just paralyzed a beetle in my flashlight’s beam. I stared at the creature, so excited that I might as well have been bitten and incapacitated myself. How often do you see a tarantula in the wild? In Alaska I was on a boat surrounded by a pod of killer whales including babies. Puffins flew above us hoping we’d throw some fish in the air. And then there’s the ocean – the coral reefs filled with gorgeous fish – great white sharks that leap out of the water showing 2 rows of Ginsu-sharp teeth – and the octopus, my favorite animal of all. This creature can squeeze itself into a jelly jar. It camouflages itself so brilliantly that you cannot distinguish it from the sand upon which it sits. I wanted to be a marine biologist growing up, but it never happened. I did, however, have an underwater theme for Bar Mitzvah. And if I could afford it, I’d have a huge salt water tank filled with the most unique and beautiful fish possible. Animals. I’d miss the joy of seeing them live, especially in the wild.

5) Travel – I love to travel. Just love it. The rush when the airplane takes off, knowing that all kinds of adventures await you. Paragliding in Alaska. White water rafting through the Swiss Alps. Watching the street performers on the Charles Bridge in Prague. Horseback riding in Bryce Canyon. Tubing down the Delaware River. Climbing the Harbor Bridge in Sydney. Experiencing history by standing on the same spots where legends like Abraham Lincoln, Winston Churchill, William Shakespeare, Julius Caesar, etc., once stood. Learning new cultures and languages. Making friends all over the world. We don’t travel much anymore because we have Sienna, but that doesn’t mean we won’t ever travel again. It’ll get easier for us as she gets older and maybe by the time she’s a teenager, I’ll be able to go on my dream African safari. There are so many incredible places to visit and suicide would obviously kill any chance I have of experiencing the wonders of Niagara Falls; the Acropolis; giant redwood forests; the Great Barrier Reef; Victoria Falls; the supposed absurdity of Tokyo; and even the colorful autumn beauty of upstate New York.

I really needed to write about these things today. I had a rough weekend. I was sick as a dog and confined to my bedroom. My wife slept on the couch. I barely saw my family. And as usual I’d go on Facebook and compare myself to everyone else thus triggering the negative cycling. I thought about downing Xanax. I thought about jumping out the window. I imagined my head hitting the pavement and cracking open like a smashed pumpkin. I imagined going to sleep forever. I also had a severe panic attack at my therapist’s office and between heaving breaths I’d say, “I want out! I want out!”

There are so many reasons not to get out. So many reasons beyond my wife and daughter and family and friends. The glory of the sky might be enough. Or the potential to travel to China. Or maybe one day encountering a porcupine in the wild. Or attending a chocolate festival and tasting the greatest confection ever made. Or just listening to my cat purr in contentment. And that’s just 5 things. Just 5 reasons to stay in this often frightening, but still promising world. I only have one life. So when the suicidal ideation hits me hard, I need to remember to concentrate on reasons to stay. I got through the weekend. Now I’m going outside to look at some clouds.