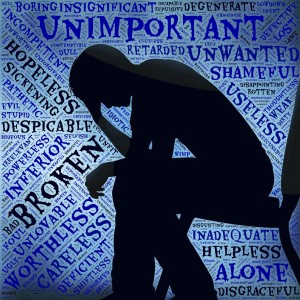 Depression is a lonely and often literal killer especially if you’re a man. According to the CDC suicide ranks as the 7th leading cause of death in men and men are more 4 times more likely than women to take their lives. As a 42-year-old man who’s lived with depression for most of my life, I can tell you that suicidal ideation is real and it’s terrifying. It’s like a voice calling to you from the darkness, telling you that all of the pain and turmoil tearing your head apart could poof, be gone within moments be it through pills, bullets, razor blades or any number of means. It’s called to so many depressives. Robin Williams answered the call as did Kurt Cobain, David Foster Wallace, Ernest Hemingway, Junior Seau and so many men who live outside the limelight. It calls to me frequently. It was strongest after my nervous breakdown in 2010, but to be honest, I hear it almost nightly like a wisp of wind, a soft breath of urging in my ear. I often lie in bed imagining a slow-motion bullet through my brain or a quick slice of the blade, but despite the calls, despite my disease, I’ve never attempted to kill myself. I’ve never come close. Here are 5 reasons why.

1) I’m terrified of death. The majority of people on this shared planet fear death and that includes people with mental illnesses such as depression. It’s only when the torment becomes unbearable that the depressive seeks what he/she thinks is the solace of death. But death is finality. Death is blackness beyond the darkest moments of my life. It’s unfamiliar. It’s the ultimate unknown and the unknown petrifies me like nothing else because I have this desperate need to understand. There’s no understanding death outside of a clinical or religious focus. I don’t believe in an afterlife. I’m about as agnostic as you can get without being an atheist, so I’m not afraid of going to Hell and getting tortured by literal demons for all eternity for how dare I commit the sin of suicide. But even when that irrational part of my brain is at its worst and the whisper’s become a scream, I can’t do it because I don’t understand the existential consequences. It’s too frightening.

2) I’m mortified by judgment. Considering I live every second of my life feeling judged by others (imagined or otherwise…ok, mostly imagined), fearing what people will think of me should I commit suicide sounds patently ridiculous. But it’s true. What would people think of me? Would they dismiss me as weak and pathetic? Would they come to my funeral? And WHO would come to my funeral? I go through my list of family and friends and consider who’d be there. Even at my imaginary funeral I focused on the negative – not who’d come to show their respects, but who wouldn’t. But it’s not just judgment regarding suicide that worries my brain. It’s people scrutinizing my accomplishments or lack thereof. Between 11 and 29, it was people seeing my gynecomastia (male breast enlargement) in the flesh. It was childhood bullies laughing. In high school it was gossip about the stack of Playboys under my bed (“The boy liked to look at naked women?? The boy was interested in sex?? How disgusting!” It was and is everything and anything, pure judgment despite logically knowing I wouldn’t even be there to hear such imagined barbs.

3) Guilt. Guilt is so powerful it should be labeled as a weapon of mass destruction. I feel guilty about everything – taking the last cookie; wanting time away from Sienna; having depression. I could never kill myself because the guilt feels all-consuming (and yes, again it’s nonsensical for if I offed myself my feelings would go to the grave with me). I’d feel guilty about letting everyone down. My parents. My grandparents. My sister and aunt and uncle and cousins. My best friends. My therapist. My psychiatrist. Fellow dad bloggers. Acquaintances that probably wouldn’t even notice I’d disappeared. My cats. I already consider myself a failure. I already feel like I’m letting people down because I’m not rich; I’m not powerful; I don’t own a huge, pristine house with a giant backyard and pool and indoor bowling alley. Committing suicide would only cement that.

4) A promise I made to Elaine. I can’t remember when I made this actual vow or how I did it, but at one point…it might have been during the recovery time following my nervous breakdown…I promised the love of my life I’d never reach for the pills, bullets or blades and I fully intend to keep that promise. I could never hurt this exceptional woman, this beautiful person who loves me, warts, depression, anxiety and all. I would never let her discover my body floating in bloody water or on the receiving end of a horrible life-altering phone call. And when Sienna came along, I doubled down. I made the promise to my babbling baby daughter. Daddy will never leave you no matter how hard it gets. Often I hear the sweet breaths of sleep next to me and over the baby monitor as night turns to dawn as I lie in shaking in bed, dark thoughts whipping their way through my mind, imagining that slow-motion bullet through the head, but I never get up and grab the pill bottle. I can’t. I made a promise to never hurt my wife and daughter by taking my life and I will not break it.

5). A glimmer of hope. I don’t know why, but even during the harshest, blackest times there’s remained a scintilla of hope somewhere in my head or stomach or right big toe – hope that I’ll get better; that I’ll learn to live with my disease and find not necessarily happiness, but contentment; hope that I’ll stop comparing myself to others. It’s a different sort of hope than when you’re at raffle and they’re randomly choosing the winner of a 50″ flatscreen tv. I know that feeling. It’s a burning sensation in the pit of my belly, a combination of hope, negativity and jealousy. I’ve never felt this ghostlike glimmer of hope. I wish I could. I wish I could project this speck so that I can see it spread across the sky, so that it wraps me in its glow and my outlook turns from pessimism to optimism. But I can’t. So how do I know it’s there? I don’t know. I don’t have an answer for that. Even when I felt my most “hopeless,” I knew, somewhere deep inside, that that smidgen of possibility existed. I know it’s there, but I’m not yet able to focus on it or use it as a tool, a building block. At the moment positivity eludes me. Each second brings me a new barrage of self-loathing and distrust through which I need to fight. It’s exhausting. And yet that glimmer helps keep me fighting through the seconds, minutes, hours, days. That speck helps keep me alive.

These reasons for not attempting suicide are mine and mine alone. Some are wonderful, some are ridiculous, but all have kept me on this earth. It’s also helped that I’ve spoken with other depressives, especially men, because I know I’m not alone. And I have a sense of awe for people who have tried to kill themselves only to find awaken in hospital beds, sutures on their wrists, bellies pumped. There’s no judgment because I know how hard it is. I know how strong you have to be to take that last step. Most people without mental illness consider it cowardice. I don’t. I know its reaching a limit of pain. I know the voices have turned to banshees. I would never commend or recommend suicide for anyone, but I understand because it calls to me too. Until you hear that sickening voice, you’ll judge. You’ll focus on the selfishness of it rather than the help that person needed, the turmoil in his/her head.

We lose too many men to suicide. It’s become an epidemic because truthfully there’s a stigma within a stigma. Men have to be stronger. Men can’t be vulnerable. Men must never cry, must never hug other men, must never show weakness. So men clam up when they need help the most and their minds beat them to death. We need to make it a priority to help men suffering from depression and other mental illnesses. We need to vigorously redefine masculinity so that men feel safe to open up. It’s part of my mission as a mental health advocate. It’s part of the reason I write this blog – to show other men, fathers or not, that they’re not alone. We’re not alone.

If you or someone you know needs help, please visit the National Suicide Prevention Lifeline. You can also reach the Crisis Text Line by texting “START” to 741-741. Head here for a list of crisis centers around the world.

The Crisis Text Line is looking for volunteers! If you’re interesting in becoming a Crisis Counselor, you can learn more information here.

12 thoughts on “5 Reasons This Depressive Has Never Attempted Suicide”